What is event sourcing?

Event sourcing is a radically different way to model software, compared to traditional entity/state based modeling. It puts an emphasis in change, rather than focusing on the current state of the application. Events are the fundamental building blocks in event sourcing. Events are used to build decision-models, often referred to as write models. The same events are used to build presentational models, called read models.

It’s all about events.

Events are at the heart of event sourcing. They are the primary building block upon which the technique is built. But, what is an event?

In event sourcing, events are registrations of something that happened that is relevant to the business. They capture a moment in time and turn it into an historical record. These events contain intention and contextual information. Events should be named in past tense and reflect something that has happened in the past. Events are undeniable facts, represented as immutable objects, stored in an append-only manner.

How is it different?

Regular OOP-style, entity based modeling the software model is tightly coupled with the data model. Our code is a reflection of this data-centric view. When we model our domain in this fashion we often start out by modeling the “things”. The actions performed on our model changes its state, which is then persisted to become the new state of the model. When we test our code, we assert based on current application state.

Over time state is modified/created/removed in order to keep up with changes.

In event sourcing this concept is turned upside-down. The model is constructed using events that describe things that have happened in the past. In order to get to the current state, all the events needed to make the next move are replayed. These events give our model the information to base new decisions on. Actions dispatched to the model result in any number of new events. These events are used for our next decision, and to communicate change throughout the system.

Every event is a representation of something that happened. This is a very powerful thing. Apart from data it transmits intent. Where state based models make it difficult to infer intent, with event sourcing you won’t even have to infer it in the first place. It’ll just be clear.

The cost and trade-offs

Coming from data-centric modeling, event sourcing is a pretty big paradigm shifts. It is also not a cost-free solution. Like many things in our work-field, by introducing event sourcing into your application you’re trading one set of problems for another. You’re opting in to certain things, and out of others.

Querying the current state of the application must now be facilitated (if you need it). The upside to this is that you can now build a number of different ways to view your data from the events.

In general, event sourcing is a lot more verbose. You’ll often have to introduce some additional pieces of infrastructural. It’s possible to minimize this initial investment, but like any trade-off, this comes as a cost.

Event sourcing opens up an exciting amount of new possibilities. There’s also a number of theoretical and practical benefits that are possible when using event sourcing.

Scaling an application, both on the read and write side, is much easier. On the read side we can use projections to create a multitude of data presentations (read models). On the write side we can use sharding to distribute the load to a (growing) number of workers.

Because all events that belong to the same process have the same identifier, it’s also easier to know when handling of events can be done in parallel.

In general, it’s easier to respond to change due to the message-based nature. Change is at the heart of an event sourced application. Everything you do is acting, causing events, and reacting. Because of this, background processing can be done more frequently, and with ease. Moving processes from the main request to the background is also a lot easier. 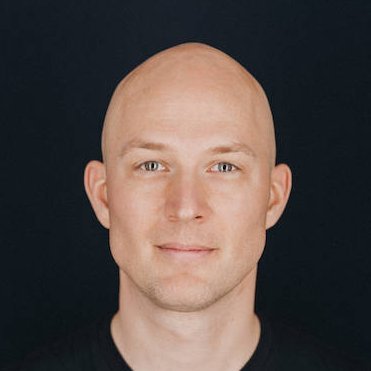